A Tudor house built in 1554 that now acts as a museum, depicting how people lived in the Elizabethan & Jacobean era. 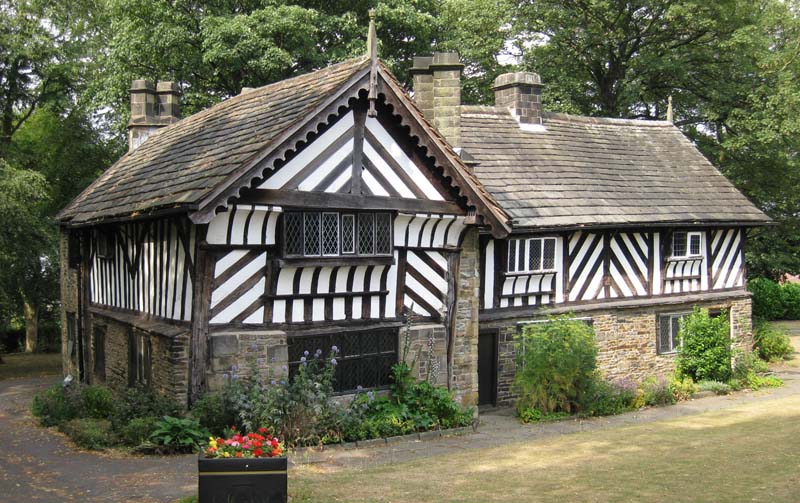 Bishops' House is a museum and timber-framed building in Meersbrook, in the south of Sheffield. Built in 1554 during the reign of Mary Tudor, it is the best-preserved example of a timber-framed building in Sheffield, and one of only three that survive until today (the others being the Old Queen’s Head, a pub near the Interchange; and Broom Hall, a historic house that gives its name to the Broomhall district of west Sheffield). It is located on the southern tip of Meersbrook Park.
The name Bishops' House comes from the legend surrounding its owners, the Blythe family, of whom two brothers were bishops – John, Bishop of Salisbury, and Geoffrey, Bishop of Coventry and Lichfield. However, modern historians have dated the house as being built long after their deaths, so why the name stuck is unclear. The building was passed through several families over the centuries, until 1890, when the surrounding area became a park owned by the Sheffield Corporation. The house was mostly occupied by park keepers, all the way up until 1974, when the last family moved out. The house went under some restoration work by English Heritage and Sheffield Council before reopening as a museum in 1976.
The house, which is a Grade II Listed Building, was built in a half-timbered style: the frame built of load-bearing timber infilled with plaster, wood, and other building materials. The lower half of the building has a stone layer, cladding over the infill materials as structure support, but leaving the top half as the familiar Tudor black-and-white timber walls – an iconic symbol of English tradition and heritage. Within the house are many curiosities and intricate quirks of architecture, showing how much life has changed over the last five hundred years.
The museum inside the house today displays rooms depicting authentic Elizabethan and Jacobean styles, giving an insight on life in the 16th and 17th centuries. It is run by the Friends of Bishops' House, a registered charity run entirely by volunteers.
It can be booked for school visits and even weddings, for regular visits, it is usually open on weekends, and has free entry.
Website: https://bishopshouse.org.uk

Back to Sheffield's Cultural Heritage

Click the button above to be transported back to the cultural heritage section of the site.

Onwards to the next article

Click the button above to move on to the next site of historical significance.